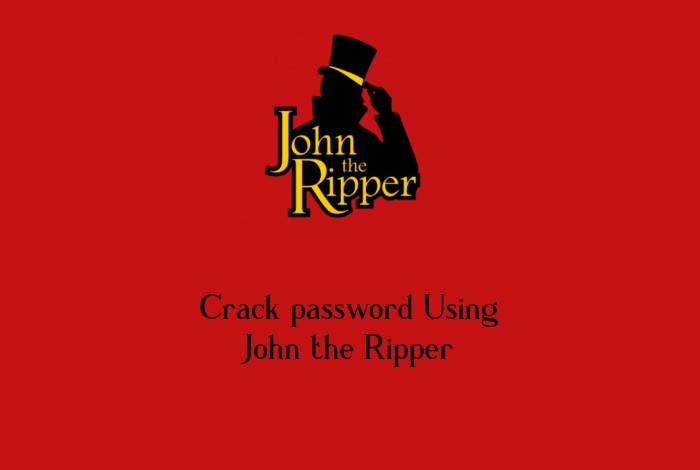 John the Ripper is a multi-platform cryptography testing tool that works on Unix, Linux, Windows and MacOS. It allows system administrators and security penetration testers to launch brute force attacks to test the strength of any system password. It can be used to test encryptions such as DES, SHA-1 and many others.

Its abilities to change password decryption methods are set automatically, depending on the detected algorithm.

Licensed and distributed under the GPL license, it’s a free tool available for anyone who wants to test their password security.

John the Ripper (“JtR”) is one of those indispensable tools. It’s a fast password cracker, available for Windows, and many flavours of Linux. It’s incredibly versatile and can crack pretty well anything you throw at it.

So let’s test it out! It can be a bit overwhelming when JtR is first executed with all of its command line options but its level of customization is a testament to its versatility.

When it comes to cracking passwords, there are three types of attacks:

For this article, lets perform a dictionary attack. To do that, first we need a dictionary to attack with. The easiest to acquire is rockyou.txt. rockyou.txt is a set of compromised passwords from the social media application developer RockYou. Note: you can download rockyou.txt.gz from here, if you’re not using Kali Linux.

On Kali, unzip the rockyou.txt.gz file with the following commands:

Now you need something to crack. How about Linux password hashes? To do this we need two files: /etc/passwd, and /etc/shadow.

According to Wikipedia: The /etc/passwd file is a text-based database of information about users that may log into the system or other operating system user identities that own running processes. The/etc/shadow is used to increase the security level of passwords by restricting all but highly privileged users’ access to hashed password data. Typically, that data is kept in files owned by and accessible only by the super user.

And as we will find out later, JtR requires whatever it wants to crack to be in a specific format. To convert the passwd, and shadow files, we need to leverage the /usr/sbin/unshadow executable. This will require super user privileges to perform.

And the command to crack your Linux passwords is simple enough. To perform the crack execute the following:

JtR is a great way to show if you (or your users) have weak/predictable passwords!

So, what else can John the Ripper do? Well, turns out a lot. As noted by the file search below, there are many different conversion tools, to convert various file types to JtR compatible attack files, indicating what it can attack.

In this case create the public/private key pair with a predictable password:

Next, all you need to do is point John the Ripper to the given file, with your dictionary:

What about Keepass? If you’re not aware, Keepass is an open source, cross-platform, password management vault. For those paranoid individuals who fear storing all their secrets in the cloud (i.e. with LastPass).

Next, create a vault. You don’t need to store any passwords in the vault, an empty vault will do.

As with attacking both SSH private keys, and Linux password hashes, convert the Keepass database to a JtR compatible format.

Next, lets go after the Roshal Archive (“RAR”) format. To create an encrypted RAR archive file on Linux, perform the following:

Next, lets convert it to JtR’s cracking format:

A note about cracking zip files…

In the process of writing this article, I discovered that the latest version of John the Ripper has a bug that may prevent the cracking of Zip files. According to this mailing list, you need to downgrade JtR to make things work. I suggest you use a different tool, because apparently uninstalling JtR on Kali Linux requires you to uninstall everything….