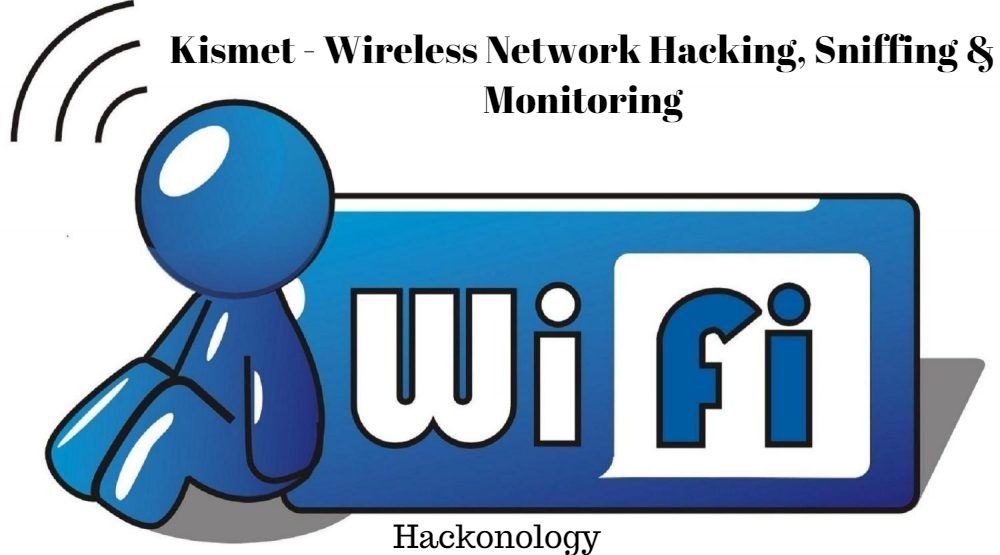 Kismet Wireless is a multi-platform free Wireless LAN analyzer, sniffer and IDS (intrusion detection system). It’s compatible with almost any kind of wireless card. Using it in sniffing mode allows you to work with wireless networks such as 802.11a, 802.11b, 802.11g, and 802.11n. Kismet Wireless runs natively in Windows, Linux and BSD operating systems (FreeBSD, NetBSD, OpenBSD, and MacOS).

You may be wondering if it’s okay to display the SSIDs and BSSIDs of other networks. To be honest, anyone can open up their laptop and find the same information. It’s even freely available on Wigle.net. However, I won’t display anybody’s WEP or WPS networks since they are very vulnerable to attack.

As a packet sniffer, Kismet has the ability to detect networks, even networks purposely hiding their existence by disabling the broadcast of their SSID. It does this by “channel-hopping,” which is a process of scanning each channel in the 2.4 GHz frequency band. Unlike other wireless sniffing programs, such as NetStumbler, Kismet is a “passive” sniffer, hence the need for Monitor mode. The wireless interface you choose to use can’t be associated with any Access Point (AP) while Kismet is in use and, as a result, the user cannot connect to a network, but can listen for all probes and 802.11 management frames. This allows Kismet to identify all wireless networks in range. Technically, networks that hide their existence do still send out broadcasts of their network; however, the SSID is blanked out. Kismet will detect these probes and display a “Hidden Network.”

By identifying networks in range, Kismet will display the AP, its MAC address (BSSID), the SSID (network name), the channel in use, encryption type, the number of packets transmitting on the network, the data the network was last seen, and even the MAC addresses of clients associated to a particular AP. Believe it or not, Kismet also supports Intrusion Detection System (IDS) capabilities. Various plug-ins even allow you to detect cordless telephones and Bluetooth!

Kismet can be used to identify and audit wireless networks and their configuration. They can also be used to identify wireless networks that are misconfigured or even unauthorized rogue APs. They can somewhat give you an idea of bandwidth, though that would be better suited for a different tool, like NetFlow Analyzer. Kismet also allows the user to save packet captures in a capture file compatible with tcpdump and Wireshark for further analysis. Hackers will use Kismet to identify hidden networks or networks that are vulnerable to exploitation.

You’ll be prompted to start the Kismet server, at which point you press Enter for “Yes.” Kismet will then start a connection at 127.0.0.1 by default.

Kismet will then ask you to identify the packet source in the “Add Source” window. Type in “wlan0mon” and press Enter for “Add.” If you didn’t already set your wireless interface to Monitor mode, you can type the name of your interface, which is probably “mon0.”

Displayed in the Network pane will be a list of color-schemed networks detected by Kismet. The networks will all be displayed in a random order. Depicted below are the networks my wireless adapter has detected. There’s even a hidden network (“Hidden SSID”) that was captured. We may not have that particular network’s name, but we do have its BSSID and any clients associated with it.

Kismet displayed the networks it has detected

Change the color scheme to whatever you want it to be. Usually, users prefer green to mean “encrypted” and red to mean “unencrypted.”

Sorting out the networks

The Network, Info, and Status Pane

Kismet is divided into 3 panes: Network, Info, and Status Pane, as depicted in the image below.

The network pane gives you the following information:

The Info pane will give you the following information:

The Status pane is always updating with new information, so it’s pretty much just a log of wireless events. For example, you’ll see the detection of new probes and networks, client associations, and alerts.

Identify the Particular Settings of a Network

Double-click on any particular networks of interest to display the specific settings of that network. As you can see below, we are able to obtain a lot of information about this one particular network. Let’s take a look at what we found.

Kismet allows us to view the following information about a particular network:

Identify Clients Associated to a Network

You can double-click on a network to bring up the specific settings of the network. After that, navigate to the toolbar and click “View.” From the drop down menu, select “Clients.” This will display all the devices currently connected to this network.

Kismet will display the MAC address, manufacturer, and additional information about the client devices. Network and security administrators can use this feature to identify known and unknown nodes connected to their network for auditing and security purposes. Attackers can target these clients in de-authentication attacks in an attempt to crack wireless passwords.

If you have any plug-ins you want to use, you can load them and select them by navigating to through the toolbar: Kismet > Preferences > Plug-ins. This is how you would be able to detect Bluetooth and cordless phones.

If you have a USB GPS Dongle, you can record the GPS coordinates of where you’ve located different networks. This would be great for war driving. “War driving” is the act of searching for Wi-Fi wireless networks by a person usually in a moving vehicle, using a laptop or smartphone (mostly Android). Wigle.net is a big war driving site that has been documenting GPS locations of wireless networks and cell towers since 2001.

Another feature you can do is look up the channel details for a specific network, which gives you a little more detail on signal and noise. Other features of Kismet include network statistics, tracking alerts, viewing packets per second, and viewing wireless packets.