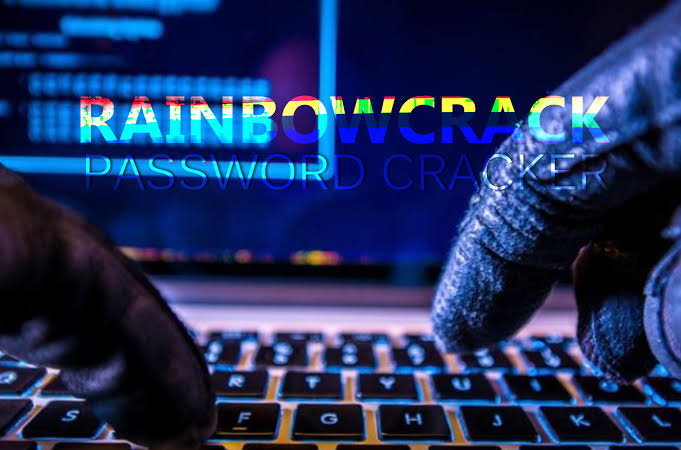 A time-memory tradeoff hash cracker need a pre-computation stage, at the time all plaintext/hash pairs within the selected hash algorithm, charset, plaintext length are computed and results are stored in files called rainbow table. It is time consuming to do this kind of computation. But once the one time pre-computation is finished, hashes stored in the table can be cracked with much better performance than a brute force cracker.

The main benefit of Rainbow Tables is that while the actual creation of the rainbow tables takes much more time than cracking a single hash, after they are generated you can use the tables over and over again. Additionally, once you have generated the Rainbow Tables, RainbowCrack is faster than brute force attacks and needs less memory than full dictionary attacks.

Rainbow Tables are popular with a particularly weak password algorithm known as Microsoft LM hash. LM stands for LAN Manager, this password algorithm was used in earlier days of Windows and still lives on only for compatibility reasons. By default Windows XP or even Windows Server 2003 keeps the LM hash of your passwords in addition to a more secure hash (NTLM or NTLMv2). This allows for the benefit of backwards compatibility with older operating systems on your network but unfortunately makes the job of password cracking easier if you can obtain the LM hashes instead of the NTLM hashes.

So why is the LM algorithm weak? “The LANManger scheme has several weaknesses, including converting all characters to uppercase, splitting passwords into 7-byte chunks, and not using an additional random element known as ‘salt.” [2]

These three issues give rainbow tables their cracking power.  By converting all characters to uppercase you effectively cut your key space in half.  So if you had passwords of only characters (A-Z, a-z) you would think you would have 52 possibilities, but in reality with LM, you only have 26 because password are converted to all uppercase.  So my way secure password of PaSsWoRd would be converted automatically to PASSWORD.

Passwords longer than 7 characters are split into 2 chunks so a 14 character password is effectively turned into two, seven character passwords (and converted to uppercase).  The chunks can also be attacked separately as you will see when we start cracking passwords.

Lastly, by not salting any of the passwords no extra complexity is added to stored passwords.

For some more background info check out the LM section of Wikipedia.org: http://en.wikipedia.org/wiki/LM_hash

From the Rainbow Tables wiki:

Rainbow tables are specific to the hash function they were created for e.g., MD5 tables can crack only MD5 hashes. The theory of this technique was first pioneered by Philippe Oechslin [3] as a fast form of time-memory tradeoff [4], which he implemented in the Windows password cracker Ophcrack. The more powerful RainbowCrack program was later developed that can generate and use rainbow tables for a variety of character sets and hashing algorithms, including LM hash, MD5, SHA1, and NTLM.”[5]

Let’s check out some sample rainbow table configurations and see how they fare, as we go thru the tutorial all of this should make more sense.

Has a success probability of 99.1% and takes up 24 GB.  This is starting to get large but 1) not THAT large with as cheap as hard drive space is and 2) with the character set involved.  Don’t forget this will work on passwords up to 14 characters as well.  What starts to make a difference is how long it takes to compute these tables.

Has a success probability of 99.9% and takes up 64 GB.  This character set includes all possible characters on a standard keyboard (not including alt+xxx characters). So this table set is probably going to make any windows secret key laugh hysterically 14 characters in minutes. This is incredible yet on one PC it will take around 2 years to produce these tables (Faster Time-Memory Trade-Off Technique).

tools included in the rainbowcrack package