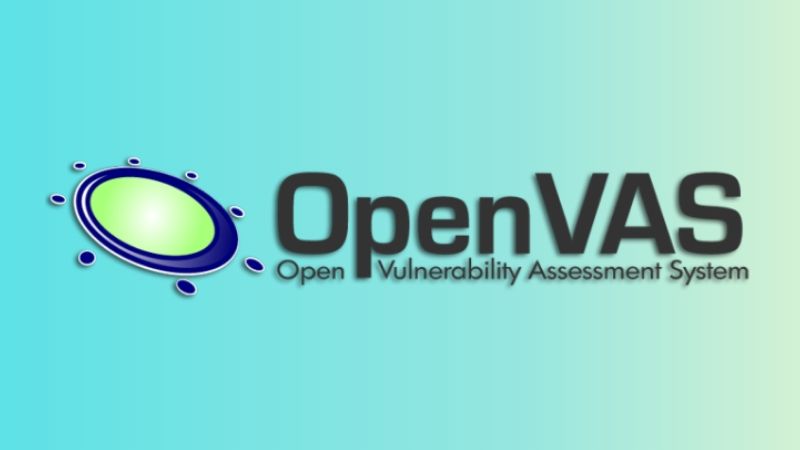 OpenVAS (Open Vulnerability Assessment System) was developed by part of the team responsible for the famous Nessus vulnerability scanner. Licensed under the GLP license, it’s free software that anyone can use to explore local or remote network vulnerabilities.

This security tool allows you to write and integrate your own security plugins to the OpenVAS platform — even though the current engine comes with more than 50k NVTs (Network Vulnerability Tests) that can literally scan anything you imagine in terms of security vulnerabilities.

Follow this OpenVAS Tutorial to get an overview of OpenVAS management and administration. A focus on the backend services will allow you to get the full OpenVAS Vulnerability Scanning Framework up and running. Additional tips for troubleshooting and testing individual checks round out the tutorial.

Getting Started with OpenVAS

OpenVAS is comprised of a number of services and clients. By understanding the role of the different components you will be much better able to effectively administer OpenVAS servers.

What is an NVT?

NVT is Network Vulnerability Test. These are conducted using plugins that are developed in NASL code. The scripting language is a legacy of its original Nessus code base. NASL is the Nessus Attack Scripting Language, a scripting language for the testing of vulnerabilities first developed in 1998. With inspiration from the C programming language, non-coders wishing to develop a vulnerability test may be better served by Nmap and its LUA based NSE (Nmap Scripting Engine) scripts.

On a typical OpenVAS server there will be tens of thousands of .nasl files. These are the vulnerability checks used by the OpenVAS scanner service. A guide to updating the NVT’s can be found in this tutorial below.

For those wishing to install OpenVAS on Ubuntu we have a complete “how to” installation guide available. This covers not only the base installation but also several optional additions to increase the effectiveness of our favorite vulnerability management solution.

The most famous of the Linux Penetration Testing distributions, Kali Linux, is a popular choice for quickly getting tools up and running as many are pre-installed and pre-configured.

Installing OpenVAS is very straightforward. Run the apt install and then run the configure script.

From the official OpenVAS installation page getting up and running with Fedora is a few simple steps.

Note that these steps also apply for RHEL and CentOS.

Step 2: Quick-Install OpenVAS
(as user root, only once)

( nothing to do, all is up and running directly after installation )

Step 4: Log into OpenVAS with user created in the step 2
Open https://localhost:9392/

The advantage of installing from source is that you get the most up to date version of OpenVAS. In this source installation guide for Ubuntu we step through the steps of getting OpenVAS installed from source. Of course depending on your Linux distribution the required development packages will be different.

While the linked guide is specifically for OpenVAS 7 and Ubuntu, the basic process can be followed for other versions and distributions.

The OpenVAS Web Interface (gsad) runs on TCP port 9392. However depending on your installation it could also be listening on TCP 443. After installation this can be confirmed by checking the listening ports on your system.

Opening https://server-ip/ in our browser shows the login screen for the Greenbone Security Assistant.

It is important to know the locations of your OpenVAS log files and configuration. This will allow faster troubleshooting and management of your server.

The prefix of the path will generally depend on how OpenVAS was installed. A default source installation will put all the files under /usr/local/ while most packages will put the files in the expected locations /etc/openvas/, /var/lib/openvas and /var/log/openvas/.

The most common location will be /usr/local/var/log/openvas/ or /var/log/openvas/. In here you will find the key log files, where you should look if things are not behaving as expected.

The primary configuration file for the OpenVAS scanner is openvassd.conf, if this file is not present then default settings are used for all the available options.

Ensure you are not overwriting an inplace configuration with the following command.

The key command for updating NVT’s on the system is openvas-nvt-sync. Ensure the full process below is followed however, as without the rebuilding of the NVT cache /var/cache/openvas/. The new updated checks will not be used by the scanner.

After syncing the latest NVT’s it is neccessary to have the OpenVAS manager update its NVT cache. This can be done by openvasmd --update if the manager is running or openvasmd --rebuild with the manager stopped. The second option is much faster.

With the above process output we can see that the update has been successful. The Scanner and Manager are ready to start scanning.

Usually required for automating OpenVAS scans, the command line client (omp) for OpenVAS allows you to turn the system into custom solution for your own needs.

The omp command has a large number of options. A nice feature is the ability to save your connection credentials into a file so they don’t have to be repeated on the command line.

While there are a number of shortcuts that can be used as command line parameters, for full control the XML option is the go to option. This gives you full control over the system.

A very simple example of sending an XML query using the omp client is to actually ask for help. The response from this command gives details of other possible XML queries.

Starting a Scan from the Command Line

Once the scan has completed you can retrieve the report using the get_reports XML. Requires the report_id and the format_id parameters.

Whether you wish to troubleshoot an NVT that is not working or test a single vulnerability the openvas-nasl command is your friend. This handy tool allows quick checks and debugging of broken plugins.

The following error is a common occurrence when attempting to run the command. This is due to a failure in the signature check as shown in the error. Fixing it is mostly straight forward.

Note in the test command we have used the -p parameter. This is a good way to test things out as it attempts to parse the nasl script and will reveal any errors or other problems (such as missing signatures).

Full details of the Trusted NVT’s is available, however we will jump into creating a private key, importing the OpenVAS plugin key and signing. So we can get on with our testing.

Answer the questions as required to create your keyring and key. Now grab the official OpenVAS Transfer key.

Final step is to get things signed.

Now we have all the GPG signing sorted, lets try our test again.

That looks much better. Now we can test against a target. Keep in mind that we are running these plugins standalone from the OpenVAS manager the target ID’s from the command line section are not relevant. Our target is simply the target host or IP address.

Doh! Almost there. This error is indicating that the plugin requires http_func.inc and it can not be found. We need to indicate the location of the plugin directory to the openvas-nasl command.

In addition we can use -d, the debug option to get more information.

Running OpenVAS a number of years, this is an issue I have stumbled many times. The different OpenVAS components have certificates for encrypting the communication between components (including clients). These certificates expire, when that happens things break. The Manager can’t talk to the Scanner for an example.

The first error you may see is something like “503 service temporary down / unavailable“. Checking the OpenVAS Manager log file will reveal.

And now for the client certificates.

This is from the INSTALL file for the OpenVAS manager, how ever doing this the database failed to rebuild the log showed an authentication error:

What was required was to register the new certificates with the OpenVAS manager. To do this I run the below commands:

Now everything is back on track.

Redis contains data known as the KB. This is a store of information related to current scan tasks. The Redis server is accessed by OpenVAS using a unix socket /tmp/redis.sock.

It is possible to monitor data going into the Redis KB using the standard Redis monitoring command.

OpenVAS is a highly capable and powerful vulnerability testing solution. Hopefully, this tutorial and included tips will prove useful to users out there. The team at Greenbone Networks, along with the community and other supporters, have done a fantastic job building OpenVAS. The latest version has a range of excellent new features and optimisations that have been a big step forward.

For some of these items, I have only scratched the surface. Use the information here as pointers to allow you to dig deeper into the OpenVAS system.

There is a lot of good information available on the OpenVAS site and from the mailing list archive. Another often overlooked location for further information is the man pages for the openvassd and openvasmd servers.